Long time ago I’ve talked about the worst film I’ve ever seen.

But today I introduce you a masterpiece that, with dinosaurs, nazis and futuristic series, deserve to be in my personal television olympus.

Everything goes around masks and symbols

This is because “ Guy Fawkes’s mask became a collective symbol, a convenient expression used in protests against tyranny – and I’m glad people are using it, it seems singular a popular culture icon is used in this way”. This are David Lloyd’s words, the “V for Vendetta” graphic novel artist. 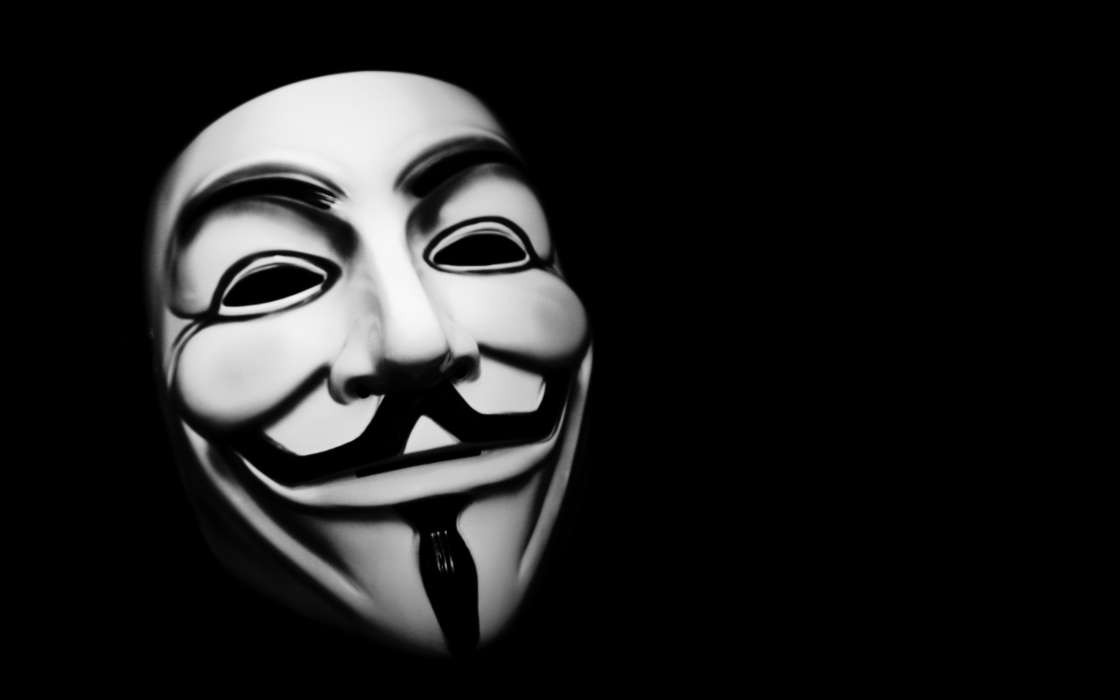 The story is set in a futuristic and dystopian Great Britain, controlled by a repressive regime similar to the George Orwell romance “1984”, led by High Chancellor Adam Sutler. We are watching the events of the faceless hero “V” and Evey ( Natalie Portman), ready to show people the truth, not always pursuing the law, but in the end they reach their goal, that is rebellion.

Today I watched again the film, and I can’t realise how lots of themes weren’t censored.

In our society, in which the freedom of expression is more and more restricted, talking about politcs, popular uprisings et similia is a good signal.

But it’s not always like that, because it shows that our passive society suffers all kind of abuses, believing in what they are told through political propaganda, television and newspaper.

A sort of hypodermic theory ( bullet theory) or hypodermic needle theory of our century, that ought to make us think, considering that 50 years ago people didn’t have the opportunity to inform themselves, so mass media were very persuasive. Today, however, almost every person in the world has a chance in a moment to connect to the Internet, and be able to check the veracity of what he is told.

Coming back to the film, the society decided to react and march to a symbolic place, the Parliament.

This scene was source of inspiration for the Anonymous and, thanks to the virtual reality of the Internet, decided to help anonymously the voceless part of the people.This group of activists, who act online, wear guy fawkes mask at the events 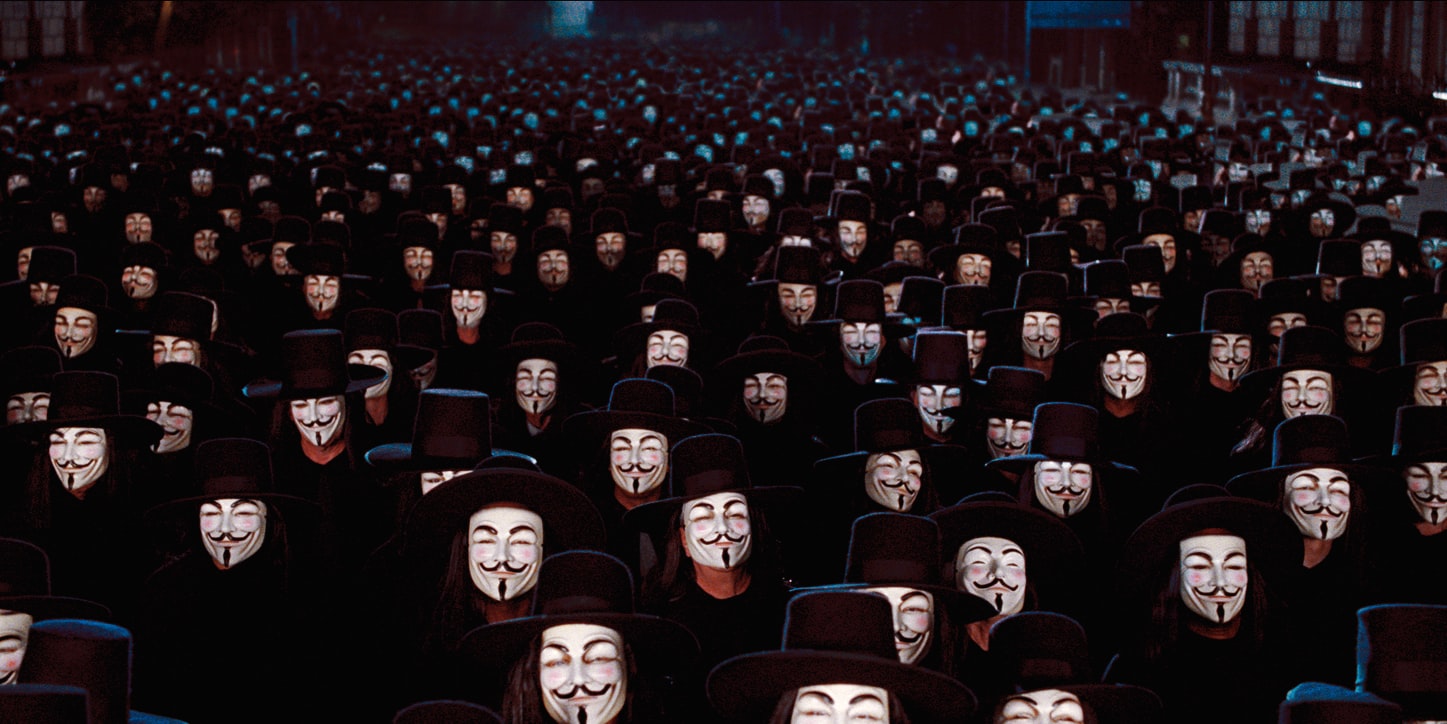 The destruction of the building is one of the most powerful messages in the film.

The place in which everything is decided, in which the powerful choose what to do and what to leave to the people, there wasn’t anymore.

Something that belongs to another age is destroyed, an age that should leave space to another generation, a generation that took the streets to protest with the Guy Fawkes smiling face.

But who is this character?

He was a soldier and english conspirator. He was part of the english catholic conspirators that tried to kill with an explosion His Majesty King James the First and all the members of the British Parliament gathered in the House of Lords for the beginning of the parliamentary session in 1605. This conspiracy was known as the “ Gunpowder Plot”, but this plan has been discovered the fifth of November. Since then, every fifth of November, every kids all over the Great Britain perform a song with some dummies. This song thanks God for saving the King from the attack. They also ask money to their parents for the fire in which they burn the dummies. This is a symbolic repetition of the conspirators esecution. The celebration is known as the “Guy Fawkes Night”.

But Alan Moore( the writer) didn’t like the film version of his novel.

But, to be honest, everyone has a friend, or know somenone who says “ I prefer the book version” or “ It’s different from the graphic novel” or something.

The important thing is that the message should be the same and, in my humble opinion, what the film shows is something really strong.

It’s a pleasure for me watching a film instead of reading a book: the scene in which there is the Old Bailey’s destruction, after “V” speech: “ Remember, remember, the Fifht of November, the Gunpowder Treason and Plot. I know of no reason why the Gunpowder Treason should ever be forgot” with Tchaikovsky’s Overture 1812 in the background.

We are also talking about revenge.

“V” is not only trying to open people eyes, but also looking for a personal revenge. He’s hunting people who abused and tortured him, for military purposes. But his revenge is particular. He gently kills his victims, without suffering, leaving a flower close to the victim.

This is nonsense, but makes the death less bitter.

This is what I think about “V for Vendetta”, now you can understand why this film deserves a place of honor in my personal list.